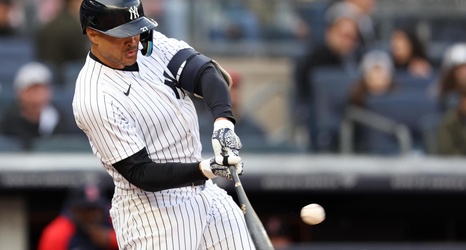 NEW YORK -- Giancarlo Stanton became the first player to homer against Boston in six straight games, hitting a tiebreaking, two-run drive in the sixth inning that gave the New York Yankees a 4-2 win over the Red Sox on Saturday.

Anthony Rizzo homered for the second straight day to start New York's comeback from an early deficit, a tying two-run drive in the fourth.

Luis Severino made his first start for the Yankees since the 2019 AL Championship Series as the Yankees improved to 2-0 for the first time since 2018.

Stanton broke a 2-2 tie when he drove an 0-1 slider from Nick Pivetta (0-1) into the first row of the left field bleachers, a 437-foot drive over Boston's bullpen.