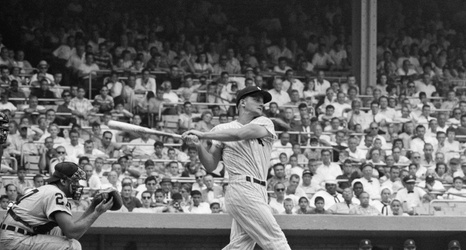 Sixty years ago yesterday, Roger Maris broke Babe Ruth’s record of 60 home runs in a single season. Here’s looking back on that season and day, which went down in history as one of the great Yankee moments of all time.

In 1927, the Great Bambino, Babe Ruth set an MLB record with 60 home runs during a season that consisted of 154 games. It was a record that went unchallenged for 34 years until the Yankees fielded two players who would later go down in history as two of the greats: the M&M boys, Mickey Mantle and Roger Maris.