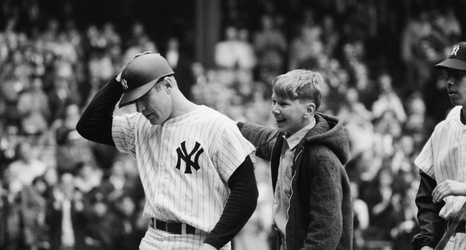 By Opening Day 1967, it was apparent that time – the undefeated enemy of all athletes – was approaching its ultimate victory over Mickey Mantle. The Yankees legend was 35 when he stepped into the batter’s box for the first time that season, and was on the tail end of a magnificent career while approaching one of baseball’s most hallowed milestones: 500 home runs. But three of his previous four seasons were marred by injury and (relative) underperformance, and it was clear the curtain was falling on Mantle’s time as a big leaguer, especially with limited motivation given the product around him.