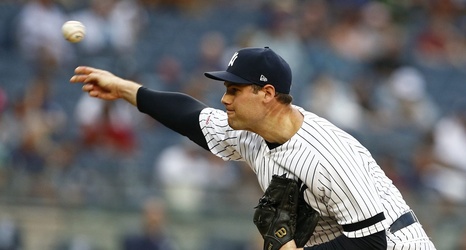 It took only five pitches into the Yankees versus Rays game on Sunday afternoon for both teams to be warned not to throw at each other. After Jordan Montgomery got a little zesty with his pitch location, which was seemingly inadvertent, Tampa was clearly frustrated. Even skipper Aaron Boone stated that there was “definitely no intent” after the victory in extra innings.