One heroic performance saved the Yankees from potential doom 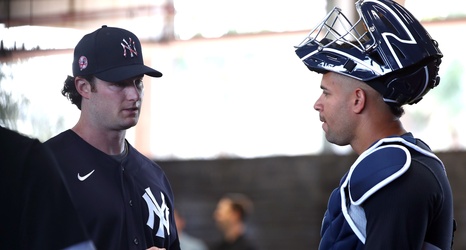 If not for DJ LeMahieu’s two outs single in the ninth inning, the New York Yankees would have given the Cleavland Indians one more chance to walk away with a victory. Of course, extra innings were possible at that point, despite the game going six hours due to a rain delay early on. Overall, the contest was full of strange factors and decisions on both sides, but it was an instant classic, with the Yankees securing the Wild Card series 10-9.

However, LeMahieu wasn’t the hero of the day, despite his single in the ninth-inning. In fact, it was third baseman Gio Urshela, who finished the evening with two hits over five at-bats.