On this date in Yankees history: Snowy Stadium opener 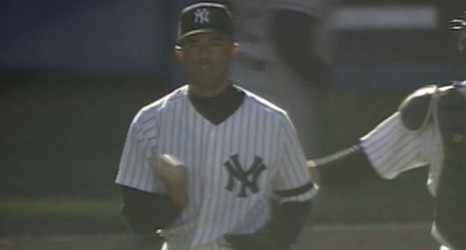 BRONX, N.Y. — After a 3-3 West Coast swing, the New York Yankees returned to the Bronx for their home opener. Hosting the Texas Rangers at Yankee Stadium, the Bronx Bombers won their 2000 home opener by a final count of 8-6.

Bernie Williams swung the pendulum in the Bombers favor in the fifth, booming a three-run homer into the Yankee bullpen in left-center for a 4-2 advantage.