On this date in 1996: The birth of a new Yankees dynasty 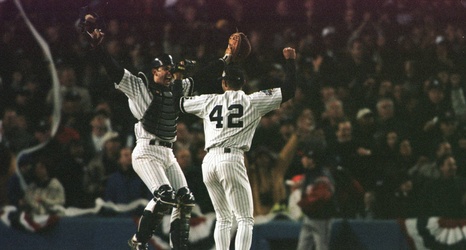 BRONX, N.Y. — On this date in 1999, the New York Yankees repeated as World Series champions. The Bronx Bombers completed the 4-0 series sweep of the Atlanta Braves. They won Game 4 by a final count of 4-1 at Yankee Stadium.

It marked the twenty-fifth title in franchise history. They became the first team to repeat as champions since the 1992-93 Toronto Blue Jays and cemented themselves as the team of the 1990s, winning three titles in four years. As Bob Costas put it, “team of the decade, most successful franchise of the century.