On this date in 1978: Yankees repeat as World Series champions 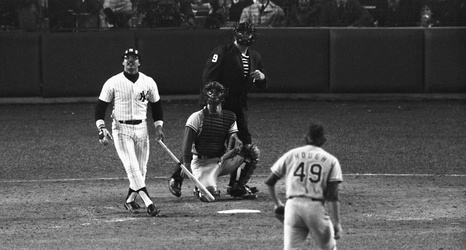 BRONX, N.Y. — On this date in 1977, Reggie Jackson helped put the New York Yankees back on top of the baseball world. The Bronx Bombers defeated the Los Angeles Dodgers, 8-4, in Game 6 of the World Series, at Yankee Stadium. It marked the twenty-first title in franchise history and the first since 1962.

Today in 1977, Reggie Jackson hits 3 homeruns against the #Dodgers in the World Series – all 3 came on first pitches!#TodayInSports @RE2PECT2JETER #WorldSeries #Postseason
pic.