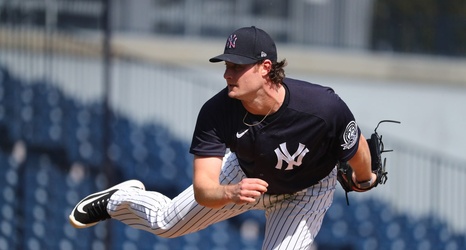 The New York Yankees were at Dunedin, Florida, to face the Toronto Blue Jays. Today is a preview of what Yankee fans might expect because the starting pitcher for the Yankees is Gerrit Cole, and the team is the team he will face on Opening Day, on April 1st, at Yankee Stadium. Today he will face the Toronto Blue Jays pitcher Tanner Roark. For Florida, it was a cool day for baseball. The game-time temperature was 57 degrees, and the game was played under cloudy skies. The Yankees won the game 8-3.