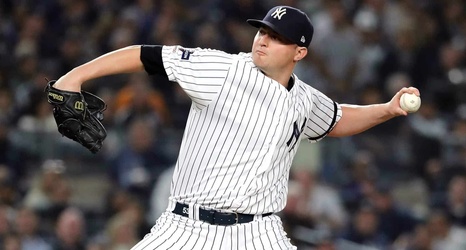 The New York Yankees have picked up the fourth-year option on left-handed reliever Zack Britton’s contract. Britton seemingly announced the news himself on Twitter, and Andy Martino of SNY later confirmed it.

Can report that the Yankees have exercised Britton’s option

Britton, 32, signed a three-year, $39 million deal with the Yankees after the 2018 season. The contract contained an interesting clause wherein the team had until three days after the 2020 World Series to pick up an option for a fourth year worth $14 million.