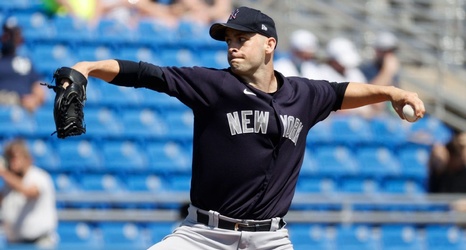 NEW YORK -- Reliever Lucas Luetge has made the New York Yankees' Opening Day roster and is returning to the major leagues for the first time since 2015.

Luetge, 34, had a 1.74 ERA in nine spring training appearances. A left-hander, he allowed his only runs on a pair of solo homers by Toronto's Teoscar Hernandez and Kevin Smith on March 21. He gave up eight hits in 10 1/3 innings with 18 strikeouts and two walks.

New York had an opening for a left-hander while Zack Britton recovers from surgery on March 15 to remove a bone chip in his pitching elbow and Justin Wilson builds arm strength after being sidelined during spring training by shoulder soreness.