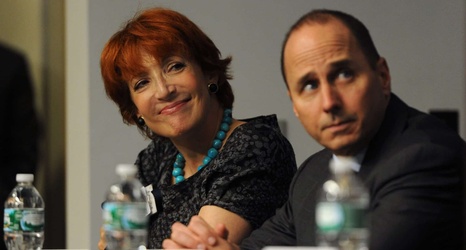 It’s one small step for the sport of baseball. Oh, who are we kidding? This is one giant step for women in the sports industry.

On a blustery, snowy Monday in the majority of New York state, Baseball American announced the inaugural winner of their Trailblazer of the Year award as New York Yankees’ assistant general manager and senior vice president, Jean Afterman.

What an honor for Afterman, who took on the role of assistant general manager back in 2001 before adding the senior vice president title back in 2012. Afterman has played a significant role in the Yankees organization for several years, though she didn’t start out in the baseball world.