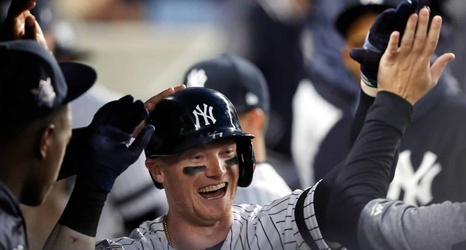 Slowly but surely, the New York Yankees held hostage on the injured list are being released back onto the field. According to MLB.com‘s Bryan Hoch, the latest bomber to receive his freedom is Clint Frazier:

Frazier has been out since spraining his ankle in a play at second base on Apr. 24. He initially indicated that he’d play through the pain, but his bosses quickly squashed that idea.

Before going down, he was giving New York a little taste of why the Yanks were willing to trade All-Star setup man Andrew Miller to snag him.