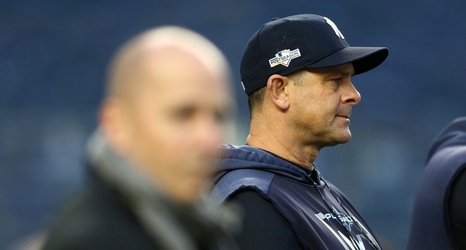 The Yankees' meeting with Gerrit Cole was "really good" and "a real joy," Aaron Boone said on YES.

"Hopefully it's something that resonated. It's kind of a two way street and we'll see where it ends up."