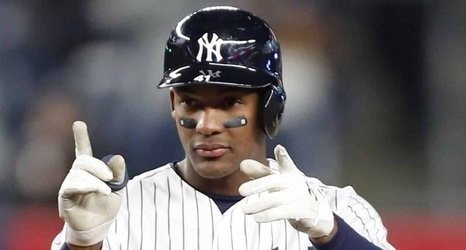 The New York Yankees might finally catch a break in the midst of their endless injury updates.

Third baseman Miguel Andujar told Andy Martino of SNY that he will “probably” return from the injured list this weekend. The Yankees began a three-game home set with the Minnesota Twins on Friday, a series that continues on Saturday afternoon (1:05 p.m. ET, YES).

Andujar has missed all but three games of the 2019 season thus far. He played the opening series against Baltimore, going 3-for-13 with one run batted in. A partially torn labrum in his shoulder has kept him out since the beginning of April.