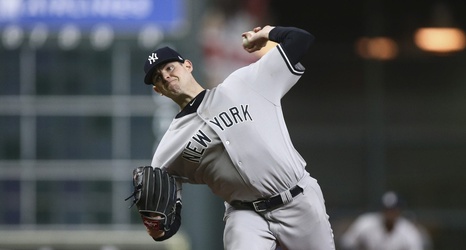 Last evening the New York Yankees went into their third game of a 3 game set, losing the first two games against their nemesis Tampa Bay Ray losing 9 of the last ten games at Tropicana Field. The Yankees pulled out a win using new and old players in a gutsy 10th inning win. The New York Yankees won the game 8 to 4 against the Rays.

Jordan Montgomery did what he had to.

After an excellent start in a Baltimore Orioles game, Jordan Montgomery, when he went six innings with no runs, seven strikeouts, and no walks, took on the Rays in the third game of the set between the Tampa Bay Rays.