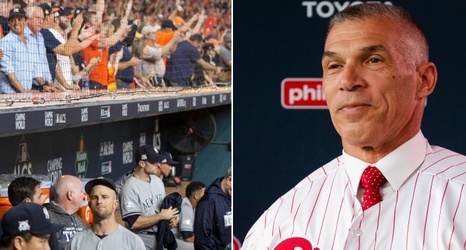 SAN DIEGO — Joe Girardi’s last year managing the Yankees ended when they lost Game 7 of the 2017 ALCS to the Astros at Minute Maid Field and watched Houston go on win the World Series.

Allegations last month that the Astros used technology during that season and the following two led MLB to launch an ongoing investigation into the situation.

After two years away from managing, Girardi is the Phillies manager and was very blunt when asked about his reaction to some of the accusations concerning the Astros.

“I wasn’t shocked. We had put in a lot of things to try to combat certain things.