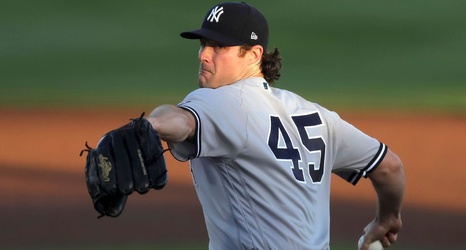 Early on in his start Monday night against the Toronto Blue Jays on a clear evening in Dunedin, Florida, New York Yankees ace Gerrit Cole was fighting to get in a good groove. He allowed a run in the first inning on two opposite-field ground-ball singles and an infield groundout, but it was more the frustration visible on his face as he left a couple of breaking balls up in the zone that suggested the Jays better get to him when they had a chance.

Toronto got the first two runners on in the bottom of the second, a golden opportunity to stretch that early lead.