In the midst of scandal, A.J. Hinch gains respect, pity 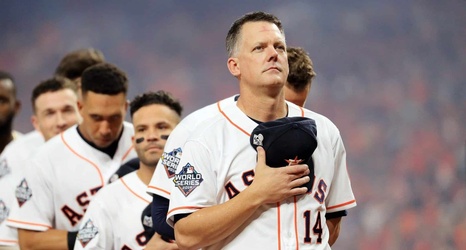 The Houston Astros held a press conference on Thursday to formally apologize for their sign-stealing scandal throughout the 2017 season. Jim Crane, Dusty Baker, Alex Bregman and Jose Altuve took the stage, and they ultimately dropped the ball.

They were better off with Carlos Correa running the entire press conference, who flat-out admitted they had the advantage over everyone. Mostly everyone else beat around the bush, including Crane, who said he felt it had no impact—just to backtrack that quote under a minute later.

Despite the Astros digging themselves deeper into their own hole as the days go by, former manager A.