How the Yankees won their first AL pennant 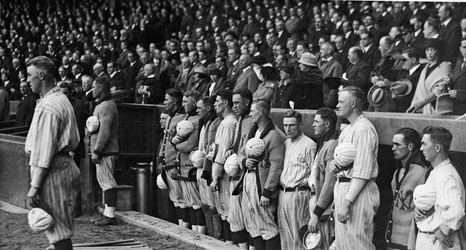 After coming up three games short the year before, the Yankees were locked in another tight AL pennant race in 1921. They trailed the Indians for most of the season before holding the lead for most of September. Then, from September 16-25, the two teams traded the lead twice and were tied on three occasions.

That culminated in a series between the two where the Yankees took two of three to open up a two-game lead. Three days later after the teams played separate opponents, the lead was up to 2.5. On September 30th, Cleveland won while the Yankees had the day off, cutting the lead to two games.