How likely is Brian Cashman to extend Aaron Judge? 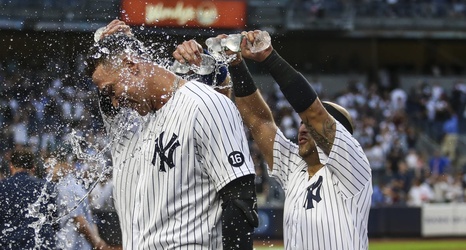 New York Yankees outfielder Aaron Judge turned some heads earlier in the week when he he said “a goal” of his is to be a a lifetime Yankee. Judge has made comments like this before, but coming before his last season prior to free agency, any extension talks are a bit more pressing. After another All-Star and Silver Slugger season, Judge will certainly command a lot of money, especially being the Yankees’ first home-grown offensive star in quite some time. However, history suggests that General Manager Brian Cashman may not get a deal done.

While the Yankees are, of course, willing to spend pretty pennies in free agency, contract extensions are less common for the team to do, especially for hitters and also a player of Judge’s caliber.