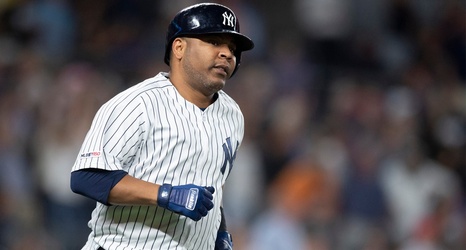 Aaron Boone didn’t have an update Sunday on injuries Gary Sanchez and Edwin Encarnacion suffered Thursday. On Monday, Brian Cashman said there weren’t any updates on the All-Star catcher and first baseman/DH.

Figure there will be some official news prior to Tuesday night’s game against the Angels at Yankee Stadium, because it then will be five days since Sanchez (strained left groin) and Encarnacion (internal strain left oblique) were forced to leave Thursday’s doubleheader in Detroit.

Encarnacion, though, provided an update of his own Monday night while he attended an event for CC Sabathia’s PitCChin Foundation, saying he thinks he’ll be back for the end of the regular season.