DJ LeMahieu is up for Yankees’ ambitious plan for him 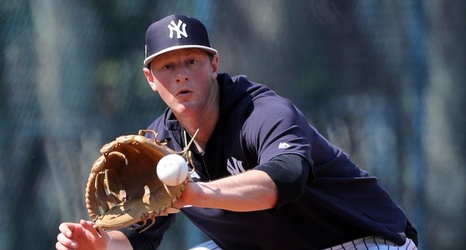 DJ LeMahieu’s stat page speaks for itself, but he also brings an unselfishness that likely will serve him well when the Yankees move him around the infield in his first season in The Bronx.

LeMahieu, 30, was an All-Star twice with the Rockies and is a career .298 hitter who signed a two-year deal worth $24 million to join an infield that houses second baseman Gleyber Torres at the position he played the most during an eight-year career.

Going back to his days at LSU, LeMahieu did whatever was asked of him. Now, according to Aaron Boone, the right-handed hitting LeMahieu will play a lot even if Torres is the starting second baseman, Miguel Andujar is at third and Luke Voit and Greg Bird are fighting to be the regular first baseman.