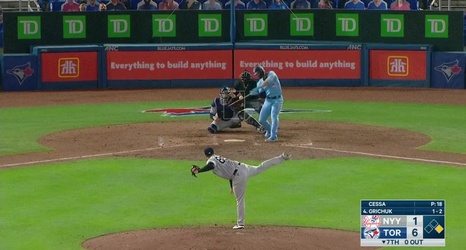 The Yankees converted their infield plans in an intriguing way when they promoted Rougned Odor and demoted Tyler Wade. Wade’s role on the team was predicated on the fact that he was the only other player on the roster capable of backing up Gleyber Torres at shortstop. Without him on the 26-man roster, a natural hole would be formed whenever Torres needs a day off — or so it appeared.

During spring training, however, the Yankees experimented with the idea of Gio Urshela playing shortstop. The idea was weird for a number of reasons, none bigger than the fact that Urshela was already the team’s starting third baseman, but Brian Cashman and Aaron Boone were apparently confident enough in the results they saw then to roll the dice on such an arrangement.