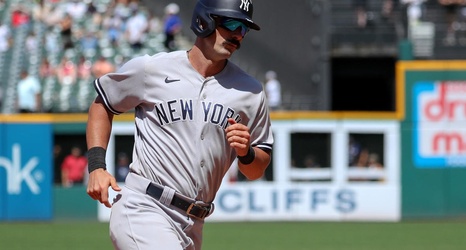 CLEVELAND — Matt Carpenter's days as a major leaguer were dwindling. A few subtle tweaks to his swing brought him back.

So did playing for the Yankees.

Carpenter homered twice and drove in four runs and Gerrit Cole brushed off giving up back-to-back home runs, leading New York to a 13-4 romp over the Cleveland Guardians in the first game of a split doubleheader on Saturday.

A three-time All-Star in St. Louis, the 36-year-old Carpenter signed with New York in May after being released as a minor league player by the Texas Rangers.