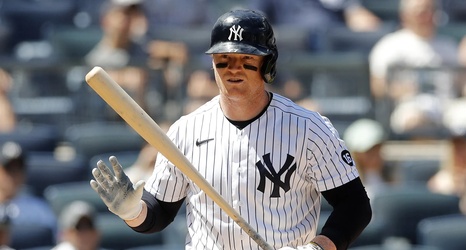 NY Post | Greg Joyce: Aaron Judge left Sunday night’s beef-filled contest against the Mets with “dizziness,” according to the team. During his plate appearance in the first inning, Judge stepped out of the box and received eye drops from the training staff. “I didn’t want him to be in a position where he put himself in danger,” said manager Aaron Boone. “Hopefully it’s something that subsides here over the next little bit, and get him back in there tomorrow.” (Boone reiterated this after the game, saying that he’d spoken to Judge and he seemed OK.