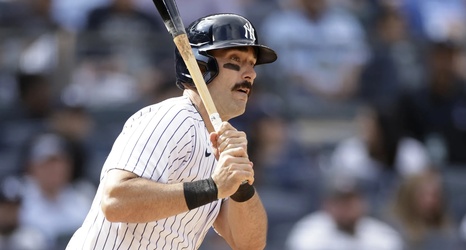 NJ.com | Brendan Kuty: Matt Carpenter continued his incredible run as a Yankee on Sunday, homering twice in a blowout win over the Cubs. Through 10 games as a Yankee, he has six home runs and a 1.592 OPS. When asked if he was back to near his best, Carpenter gave some general platitudes, but didn’t entirely shoot the thought down.

New York Post | Jon Heyman: The Yankees’ red hot start to the season has them pretty clearly in the lead for the best record in baseball. At 44-16, they’re on pace for 119 wins, and people are starting to wonder if this team can make any sort of run at a historical regular season.