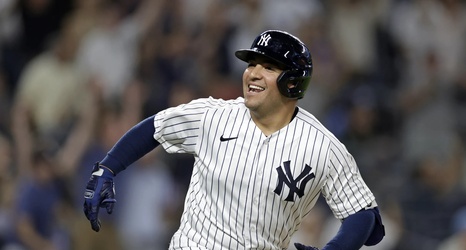 NY Post | Greg Joyce: Jose Trevino has found the right time to be the hero. His clutch hits over the past couple of weeks have endeared him to Yankees fans, but he’s already been a hit in the Yankees clubhouse. Trevino was brought in to be a defensive specialist in platoon with Kyle Higashioka and he’s thrived in the role, but his ability to focus on his work behind the plate has enabled some major confidence when he steps up there with lumber of his own. Aaron Boone says that the team wants to get Higgy going a bit and keep rotating the two, but I don’t think anyone would complain if Trevino gets the lion’s share of the starts.