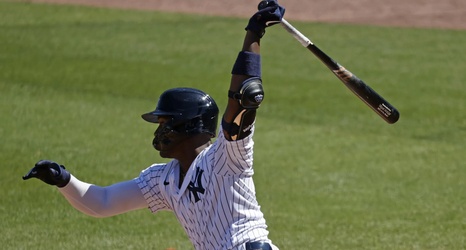 MLB.com | Thomas Harrigan: By now you’ve probably heard the news that third baseman/left fielder/now-first baseman Miguel Andújar is back with the big league club. After struggling with injuries and ineffectiveness over the past couple seasons, the one-time Rookie of the Year runner-up was called back up to Yankees while Gio Urshela nurses some bumps and bruises. Andújar had a sparkling start to the minor league season, and hopefully that continues.

NJ.com | Brendan Kuty: Speaking of Urshela, the Yankees appear to have lucked out a bit with the knee injury that forced him to depart Thursday afternoon’s game early.