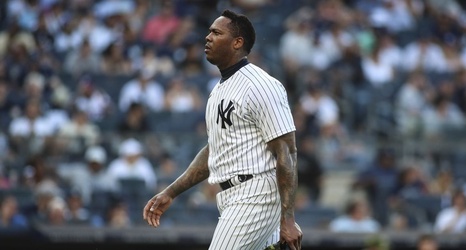 Sports Illustrated | Max Goodman: Closer Aroldis Chapman had another clunker of an outing during the first game on Sunday’s doubleheader, immediately giving the White Sox the lead after entering a tie game. Boone reported afterwards that Chapman has been dealing with an Achilles injury, which might provide some context for the fact that he’s now given up at least one run in each of his last five appearances. Of course, the wisdom of allowing an injured pitcher to keep trotting out in high leverage positions is questionable. With Chad Green being lost for the season, the reliever corps is looking thinner quickly.