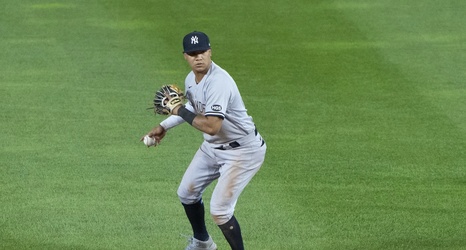 CBS Sports | Katherine Acquavella: The Yankees had previously announced that they designated Thairo Estrada for assignment, removing him from the 40-man roster for Rougned Odor, but the Yankees officially moved him yesterday. Estrada will be joining the San Francisco Giants in exchange for cash considerations. Estrada was assigned to the Giants’ alternate site, but serves as insurance for a Giants infield that features Brandon Crawford, Tommy La Stella, Donovan Solano, and Wilmer Flores. Also in the story is an all-time quote from the newly-shaven Odor, who claims his daughter “didn’t even want to look at him” after he shaved his familiar beard.