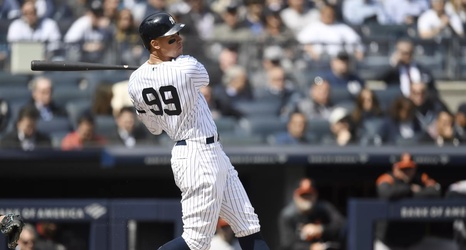 SNY | Scott Thompson: Several Yankee legends think that this will be Aaron Judge’s MVP year. Tino Martinez noticed the outfielder crushed the ball and cut down on strikeouts during spring training, Paul O’Neill praised the adjustments Judge has made when the count isn’t in his favor, and Bernie Williams noted that “he’s just too powerful to be contained.” Bernie is absolutely correct.

New York Post | George A. King III: Aroldis Chapman’s velocity is down from where it usually is at this time of year, which is particularly worrisome because Dellin Betances’ down velocity ended up revealing an injury.