Are the Yankees too conservative with video replay challenges? 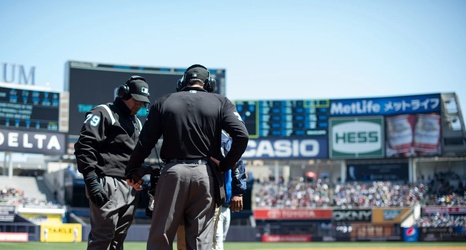 The Yankees have a track record of being too cautious when it comes to initiating replay review. It doesn’t matter whether it was reasonable for first-base umpire Greg Gibson to enforce a time limit on manager Aaron Boone’s ability to challenge a baserunning play in the eighth inning of Yanks’ game against Baltimore on April 26th. Gibson’s judgment of the situation didn’t need to be relevant. Gibson’s enforcement of the rule only became relevant because the Yankees got too caught up in the replay process and are hesitant to be wrong.

It should have been an easy decision for Boone to challenge the play and have the umpires review whether DJ LeMahieu touched home plate before Aaron Judge was tagged out at third.