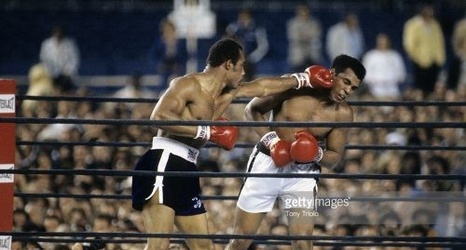 While the new Yankee Stadium continues to build its history, with Yankees like Masahiro Tanaka, Carlos Beltran, and Aroldis Chapman as its centerpiece, the old Stadium had a treasure trove of memories too. There was world class football, music, and boxing in the original Yankee Stadium. In addition to housing the winningest baseball team of all time, the ball park in the Bronx hosted what many consider the greatest football game of all time – the 1958 NFL Championship game between the New York Giants and Baltimore Colts.