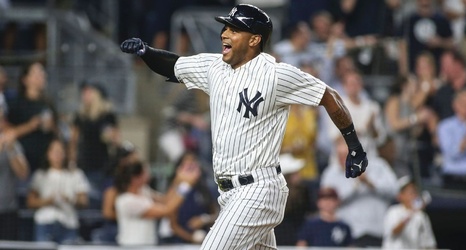 NEW YORK -- Aaron Hicks returns to the New York Yankees' starting lineup for the first time since Aug. 3 and Giancarlo Stanton remains out for the second straight game when the American League Championship Series resumes with the teams tied 1-all.

Hicks took over in center field and hit ninth against Gerrit Cole in Game 2 against Houston on Tuesday night. Sidelined by an injured flexor near his right elbow, Hicks pinch hit for starting left fielder Cameron Maybin and grounded out leading off the 10th inning, then moved to center.