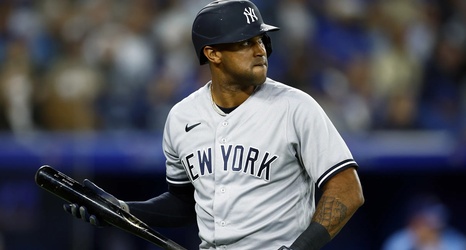 The Yankees have played some of their best baseball in a while, and had a five-game advantage over the Tampa Bay Rays before Friday’s games. That doesn’t mean, however, that they don’t have any weaknesses.

The Yanks have gotten solid play from most of their starters, but there is one notable exception: outfielder Aaron Hicks is badly struggling at the moment. The catching tandem isn’t contributing much offensively, but at least they are elite behind the plate. The same can’t be said about Hicks.