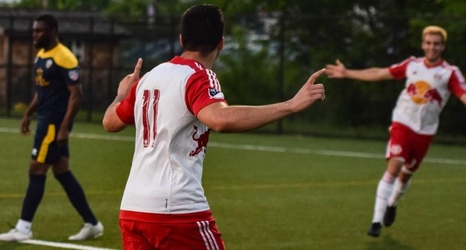 Academy products Kevin O’Toole (Princeton) and Brian Saramago (Loyola Maryland) were voted in by the other Eastern Conference clubs to the main XI, while Sylvain Coco (Rider University) was named as an Honorable Mention.

O’Toole led the team in assists with five, while Saramago notched a team-high eleven goals this summer.

The 23s fell in the Eastern Conference Final to Reading United, but led the conference in scoring with 45 goals.