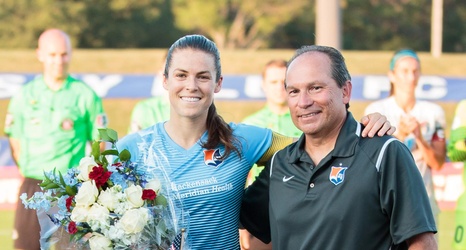 Vice President Alyse LaHue, who previously served as GM for the Chicago Red Stars, will serve as interim general manager until a new one is hired by team owners.

“Tony has been an integral part of the growth of Sky Blue and we appreciate his dedication to the team and the sport,” Tammy Murphy, wife of owner Phil Murphy, said in the team’s official statement. “For the past six and a half years, he has been a passionate supporter of professional women’s soccer and has worked tirelessly to get the team to where it is today.