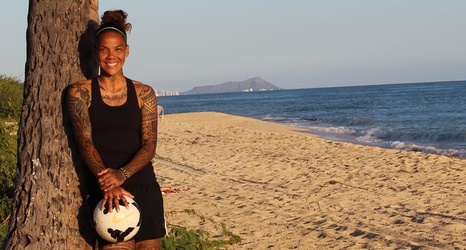 The forward returns to Sky Blue, professional soccer after several years away

In a series of tweets meant to excite fans of both Sky Blue FC and women’s soccer alike, the team announced the signing of forward Tasha Kai to the roster for the upcoming 2016 season.

"I am very happy to be back in New Jersey and part of Sky Blue FC again, not to mention playing alongside Christie Rampone like old times" Kai said in a statement released by the team on Feb. 11.

Kai, who hails from Kahuku, Hawaii, was allocated to Sky Blue FC in the Women’s Professional Soccer (WPS) league in 2009, where she played for two years.