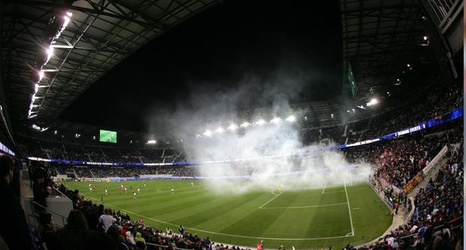 Joel Lindpere scored the game's only goal in the 40th minute with a beautiful volley that screamed past Fire goalkeeper Andrew Dykstra and smashed the upper left corner of the net.

Check out photos from the match below.