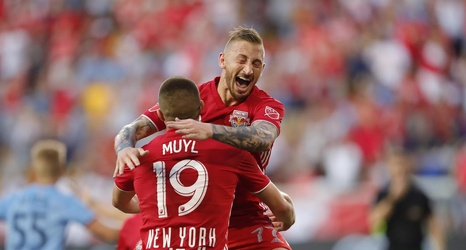 The Hudson River Derby has always been a high energy matchup, with both sides routinely finding new ways to break each other down to gain an edge. This time, however, at Red Bull Arena, it was a referee’s decision that irked the blue side of New York and paved the way for a two goals to one Red Bulls victory.

Daniel Royer tallied twice for the Red Bulls, as the home side earned the full three points. He converted from the spot inside first half stoppage time, as Brian White was fouled inside the NYCFC penalty area.