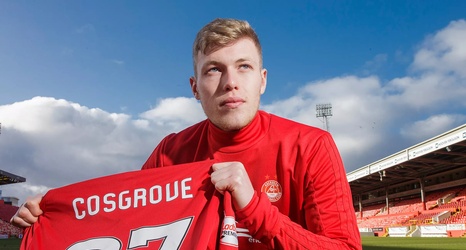 With the loss of top franchise scorer Bradley Wright Phillips, the New York Red Bulls have a gap in their attack. According to the Daily Record, a Glasgow based newspaper, the Red Bulls are interested in Aberdeen’s English forward Sam Cosgrove, who has tallied 11 goals in 18 appearances in the Scottish Premiership.

Cosgrove, 23, has reportedly been earmarked by the Austrian based Red Bull scouting network as a transfer target and is “high” on the network’s transfer list. Cosgrove has been previously linked with Premier League clubs and Serie A giants Lazio.

Physically, Cosgrove is a potent presence standing at 6’4 and weighing nearly 150 pounds which would provide a different look to a Red Bull attack that had relied on speed and acceleration.