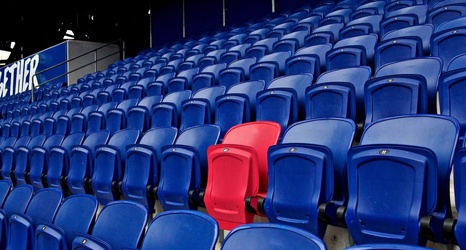 Change is coming to Harrison next season, and the kind that was announced on Monday will get fans off their feet both literally and figuratively.

The new rail seating will also include cup holders, which were previously left out of the South Ward. Seats will still be available to be folded down whenever needed.