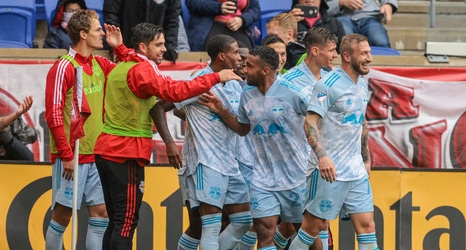 With another week and another new formation, the New York Red Bulls finally found a winning formula in a comprehensive 2-1 victory over Orlando City SC in Harrison. Caden Clark and Cristian Casseres scored on each side of the half as New York notched its third consecutive home win.

The first half was not without its pratfalls (including an injury exit for Frankie Amaya) but was largely dominated by New York. Sean Nealis and Tom Edwards stood out as vocal and active rudders for the team from the center of defense, even helping in some of the build-up play in the final third as the Red Bulls pinned Orlando back.