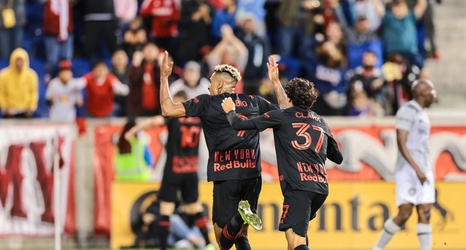 After a summer of misfortune, the bounces are finally going the way of The Red Bull.

Fábio flicked a header into Montreal’s goal in stoppage time for a 1-0 win on Saturday night that leaves fate in the hands of Gerhard Struber’s New York Red Bulls team going into the final two games of the playoff race. At publishing time the Red Bulls sat in control of the seventh and final playoff spot (two points ahead of eighth-place DC United) after a game in which New York largely controlled but again had to be patient for a breakthrough score.