Red and Blue collide in the Hudson River Derby 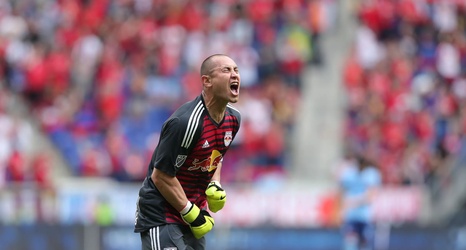 There are few things more satisfying than quieting 68,000 people in a matter of seconds. Bradley Wright-Phillips did just that against Atlanta United with his 90th minute stoppage time goal.

The thrilling narrative with Atlanta produced another classic as the two battled it out to a 3-3 draw. A brace by the league’s poster child Josef Martinez, plenty of physical challenges, and end to end action for the full 90 minutes produced a simply thrilling football match.

Coming off a strong contender for MLS match of the year, the Red Bulls now look forward to another rivalry as the blue team, NYCFC, comes to Harrison.