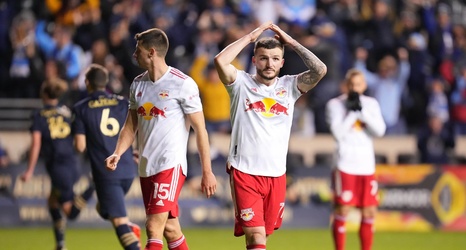 In the absence of Ilsinho, it was Jakob Glesnes who stepped up to single-handedly end a season for the New York Red Bulls.

The Norwegian center back scooped up a clearance in the last minute of extra time and blasted a hopeful shot past Carlos Coronel to give Philadelphia Union a 1-0 win to advance to the next round of the MLS Cup playoffs. A physical, intense afternoon in Chester couldn’t be decided in 90 minutes, but after both teams traded chances it was that single moment of magic that decided the first round match.