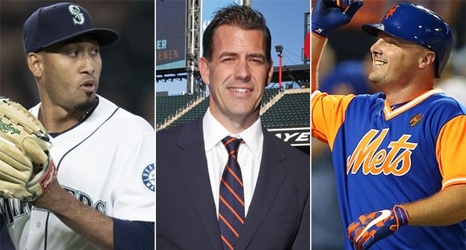 Here’s the thing about predicting trades in real time:

It’s like the way the late William Goldman once so perfectly described Hollywood: “Nobody knows anything.” We think we know. Fans do. Agents do. Sportswriters do. Talk radio does. We think we can spot a heist a mile away. But we can’t. Not every time.

You may recall a column I wrote a few days ago that tore open the anxiety closets of Mets fans everywhere, detailing some of the worst trades in franchise history. But here’s the thing: In the moment, when they happened, most people thought the Mets had done wisely in both 1969 and 1971 when they traded away Amos Otis and Nolan Ryan — 13 All-Star Game appearances between them — for Joe Foy (from Kansas City) and Jim Fregosi (from the Angels).