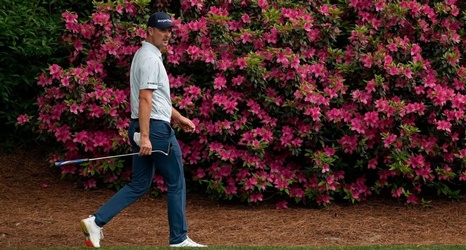 AUGUSTA, Georgia -- Justin Rose entered the 85th Masters this week ranked No. 41 in the Official World Golf Ranking, his lowest ranking entering a tournament in a decade.

Rose, 40, hasn't won on the PGA Tour in more than two years, and he has just one top-30 finish in five worldwide starts this season, a tie for second at the Saudi International on the European Tour. He withdrew from his most recent start with a back injury after only four holes at the Arnold Palmer Invitational in March.

Sure, Rose has a very strong track record at Augusta National Golf Club, but what he did on the final 11 holes in Thursday's opening round was as unexpected as Bryson DeChambeau hitting a fairway.