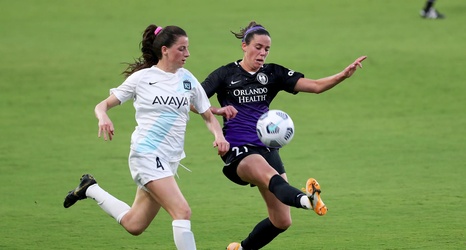 NJ/NY Gotham FC started their new era on Wednesday night with a 1-0 away win over Orlando Pride at Exploria Stadium in the opening game of the NWSL Challenge Cup. Paige Monahan notched the first goal in the club’s new branding scheme.

Though Gotham had an early chance to take control when a penalty was awarded for a handball in the Pride box just ten minutes in, an Ashlyn Harris save on Nahomi Kawasumi’s effort ensured the match stayed scoreless until it’s final stages. But in the 79th minute it was Monaghan who bagged the winner on the new brand’s first night, latching onto a pinpoint cross from Ifeoma Onumonu and slotting the ball past Harris from point blank range.